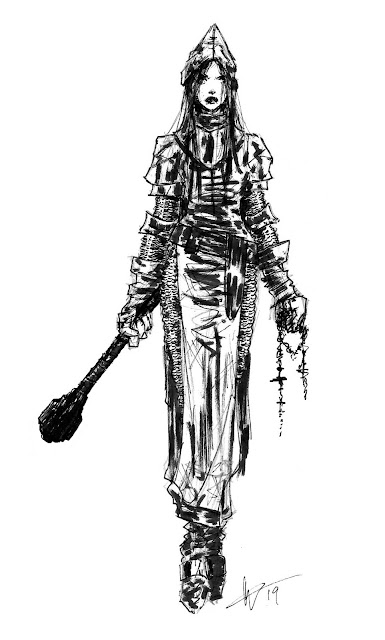 Would you play a character if you knew there was an ever increasing chance, when leveling up, that something "off-screen" could remove that character from play?

I've been toying with the notion that as a character levels up, background (campaign) forces would ultimately retire that character from play.  High level characters would fade away (or burn out) into myth and legend.  The campaign would remain relatively low powered and gritty.  Granted, most campaigns fizzle out long before this anyway; most aren't much more than one-shots.  But damn, if you knew your character might have a bad-ass ending, you might actually look forward to it.

Fighters may become generals or lords of a realm or simply disappear, fate unknown, or suffer a sad, crippling injury.  Thieves could become guild-masters, or finally get "taken out" by assassins.  Wizards vanish to other worlds or transform into something not human and not playable or their tower explodes due to some mystical experiment, or they go mad.  Clerics could ascend...

What if, starting at say, 5th level??, 9th level??, your Cleric had a certain percentage chance of ascending, being called home to their deity to serve a higher purpose?  So you roll the dice...5%, 10%???...and if you roll below that number, you now begin your path to Ascension.  First, you become a Saint, for whatever you want that to mean--you glow, have a halo, etc., perhaps gain an ability.  Every level thereafter, you have an ever increasing chance of Ascension.

If you roll Ascension you don't immediately ascend; it will be triggered during play.  You could maybe set a target of 3 critical rolls.  The third time that you happen to roll a 20 during an intense, most likely combat situation, something thoroughly dramatic happens, such as all foes present are immediately struck down by your holy magnificence, after which, the rest of the party watches stunned, as you gloriously rise up and away, disappearing from the mortal world forever.

It would be memorable.

But now you have to roll up a new character.

Players would have to agree, from the beginning, that such a thing is possible.

This sort of reminds me of the Juicer Class from Rifts.  If you're not familiar, Juicers are chemically enhanced super-soldiers that live a maximum of 8 years (as a Juicer) -- no exceptions.  Rifts never came up with a mechanic for this though (at least not that I'm aware of, perhaps it's in the book, Juicer Uprising), but Savage Rifts has a mechanic for it.  The notion of playing a character with a limited life-span, by default, adds a certain level of excitement to the game.

Of course, one could argue that every character in the OSR already has a limited life-span......


Starting at 7th level, roll for Sainthood (15% chance which increases by 10% per level thereafter)
If Sainthood is attained, roll 1d6 on the following table for something beneficial:

Once Sainthood is attained, you have a 10% chance when you reach your next level for Ascension to take place.  The chance of Ascension increases by 10% per level thereafter.  Once Ascension occurs roll 1d6 on the following table for something beneficial:

As stated above, actual Ascension is triggered during play.  You now have a time-clock of rolling 3 natural 20's during combat (or some other situation deemed "stressful")  This could theoretically happen in one session, but will most likely take several.  You could also raise the number of crits needed if you feel 3 is too few.  Just imagine finally getting to that point, knowing that the next 20 you roll is the end...

When Ascension occurs, you dramatically achieve victory over your current dilemma -- all foes immediately present are destroyed as Holy Light radiates from your body.  Then you rise up into the sky (even in a dungeon) and disappear from play forever.  Perhaps they return one day as an Avatar???

This is all theory-crafting. Tinker with it...in fact I'm interested to see what other people come up with.


And now a friendly reminder, if you haven't already, be sure to check out my dark, angelic themed modules below.  Both received very positive reviews... 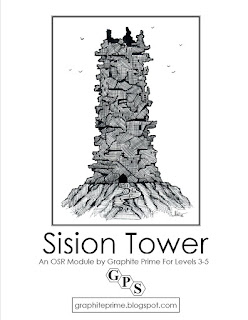 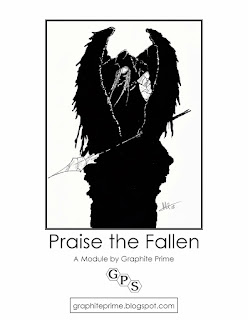 I've done some art for my next project, but true inspiration hasn't yet hit. 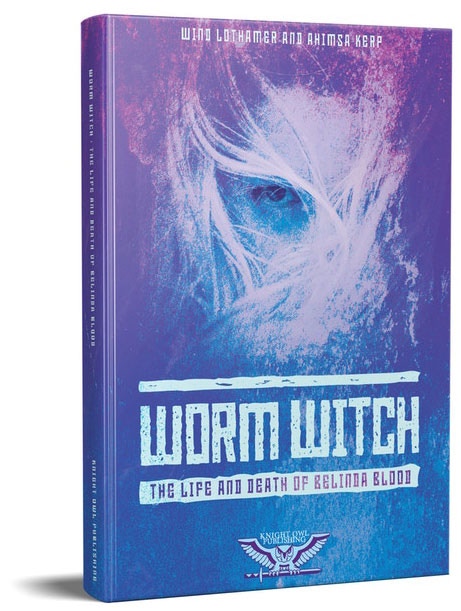 Worm Witch: The Life and Death of Belinda Blood

"The book is packed full of awesome role-playing goodies including:


In addition, we are super excited to announce that Worm Witch: The Life and Death of Belinda Blood will be the first ever official third-party sourcebook for Necrotic Gnome's insanely awesome Old School Essentials ruleset."

For those not familiar with Knight Owl Publishing, here's a link to their product page on DriveThruRPG.

Looks pretty cool, check it out!