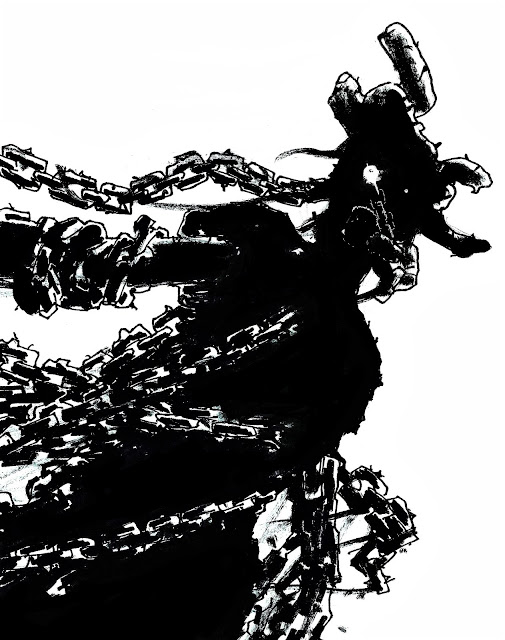 According to legend the first Chain Wrecks came into existence in a dungeon deep beneath the Phaen Moors. Powerful agents of entropy, Chain Wrecks are the tortured souls of those who perished in bondage.  So terrible was their death, so vile is their thirst for retribution, that they blame all life and will stop at nothing to bring the universe one step closer to oblivion.

Though incorporeal, due to the spiritual weight of their cursed chains, Chain Wrecks display a shocking amount of "physical" strength.  They prefer hit-and-run tactics such as flying through walls across narrow hallways and small chambers.  Utilizing such tactics, one Chain Wreck alone is capable of decimating an entire village or a small town.  Those left alive will pray for death as cursed chain fragments now torment them from within, preventing their wounds from ever properly healing.

Particularly dreadful are the larger, more brazen, Howling Chain Wrecks who announce their presence with a maniacal, chain-rattling howl that can stifle the courage of even the most stalwart warriors.

Chain Wrecks can speak whatever language they knew in life, but they suffer such sadistic madness that any conversation is....unlikely.  Chain Wrecks do not hoard treasure on purpose.  Any treasure found near them will undoubtedly be found on one of their victims. 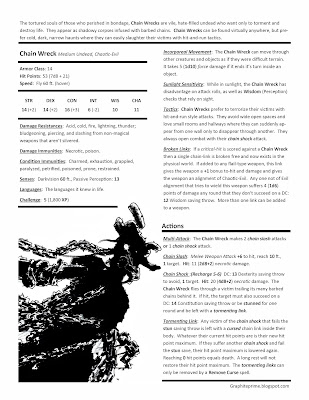 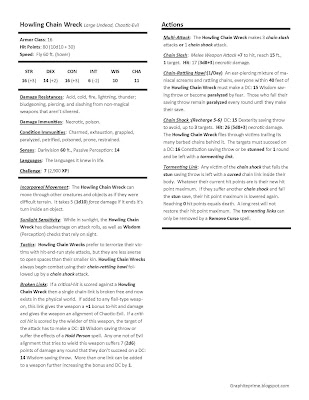 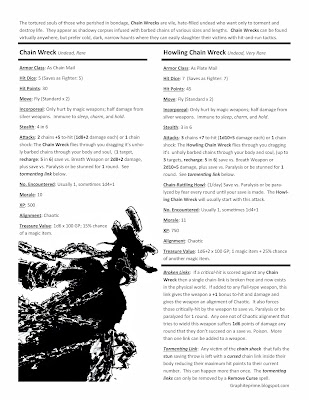 For those of you interested in art, here's the unrefined sketch.  Looks like crap, but seeing as it was already my 3rd or 4th attempt, I stuck with it.  Just like writing, drawing is a process.  Tough it out; stick with it. 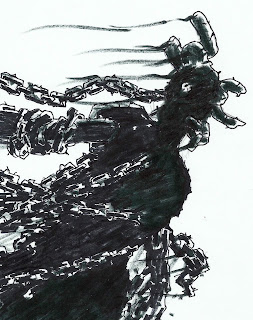