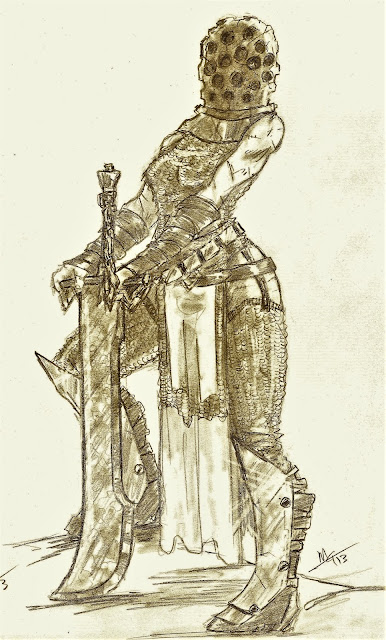 There's something about Doom Reavers...

Iron Kingdoms: Full Metal Fantasy is without a doubt one of the coolest settings in all of Role-Playing. It's sort of like the Wild West meets Medieval Europe meets Fantasy meets World Wars I & II.  The books are nice-sized tomes. The art quality is awesome.  The lore is cool and the game mechanics are solid (though a little too dependent on minis and feat-points for my taste.)  Character creation is simple and the Career + Career + Race + Archetype system opens up literally hundreds of possible combinations.

Ultimately a nice game with characters that are a blast to draw.  One thing that does concern me though, the look of the setting is trending more toward sci-fi and less Full Metal.  Years ago, when Iron Kingdoms was a mere d20 setting, Privateer Press produced one of the best, if not the best monster book in role-playing --The Monsternomicon.  The art in the Monsternomicon remains the best representation of the setting....along with Witchfire of course...but that's just me.

The character sheets.  First the Gold, then the standard Black. 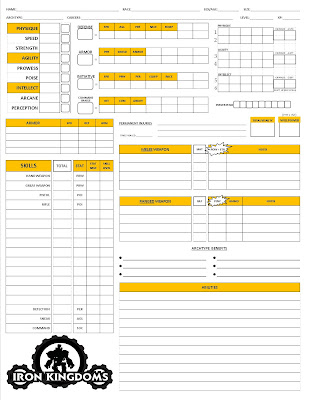 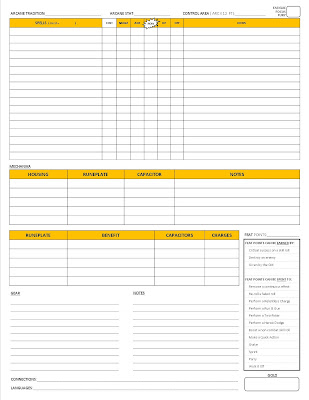 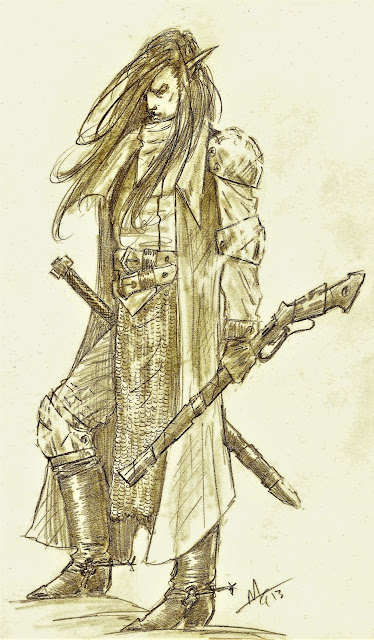 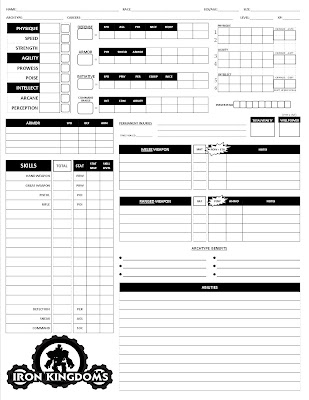 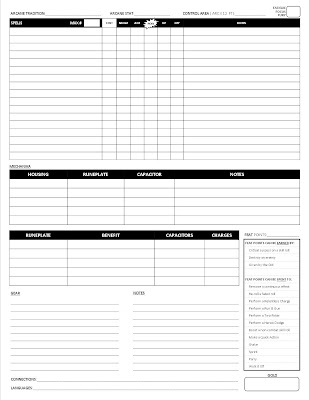 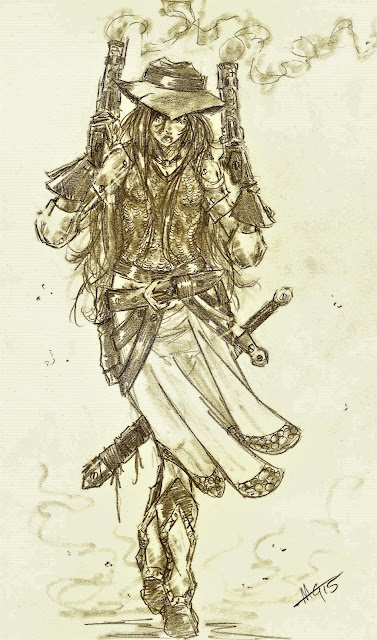