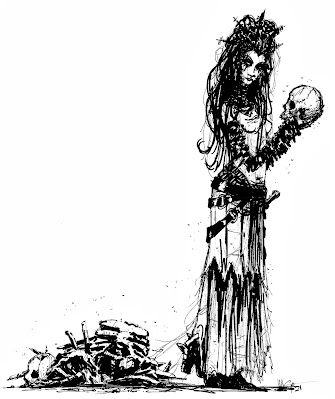 The one common sacrifice for choosing a template over the standard Magic-User is...(because otherwise, why would anyone just be a Magic-User?)

Seer -- You have the sight; you see things. Every night, you dream of what may or may not come to pass. Your mind is a cloud of possibilities; you can affect the fortunes of many...

Witch -- You cohort with the Devil, or so they say. Either way, your eye is evil and your body bares a forbidden mark. You most certainly practice the dark arts, but sometimes you dabble in the light.

Alchemist -- You've discovered that the secrets of magic can be distilled from substances in the physical world. Potions, vapors, ointments, powders, and oils are your game, but your work isn't necessarily, an exact science.

Necromancer -- Pariah doesn't even begin to cover it. Nobody likes you. You smell of death because you play with death. You are cold and dark and morbid and consumed with secrets from beyond the grave.

Warlock -- You're a mysterious one, a haunted loner who makes his living by sword and spell. Your spells function more like powers, bestowed to you by a distant patron whose pawn you undoubtedly are. 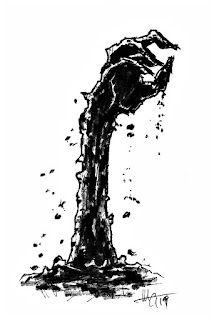 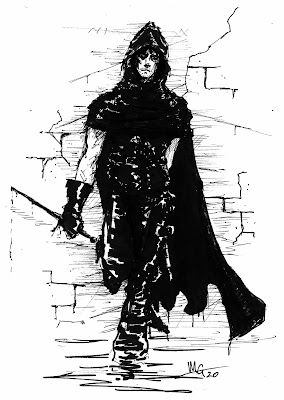 Is there a reluctance in D&D games to give Assassins the ability to kill? Consider this...

Let's take a look at different versions of D&D to see how they handle an Assassin's ability to assassinate as well as other abilities like disguise and poison.

In no particular order or importance... 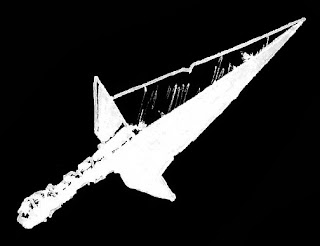 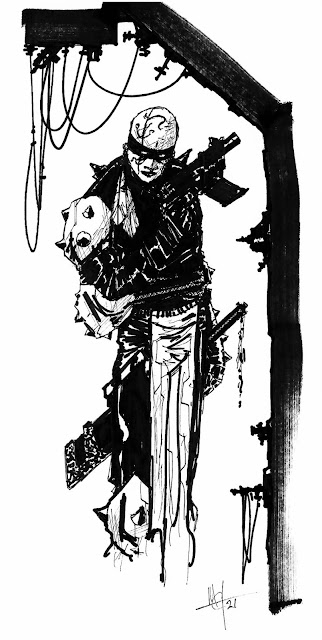 Imagine, you're not considered a full human, but a mutant, something of a second class citizen. You're not welcome at the table...and you don't mind. Fuck the table.

Imagine, you never have to eat or drink, but what sustains you is the potential psychic energy and magical strength of those with beyond human capabilities. You can smell them and the smell is good.

Imagine, the thrill of the hunt for such a thing. You live for it. You lust for it. It requires but a drop of blood and every ounce of your will...not to kill.

Imagine, you are but one of many, born of the tribe, the wilderness your home, solitude your temple.

Imagine, you are a Psi-Stalker. 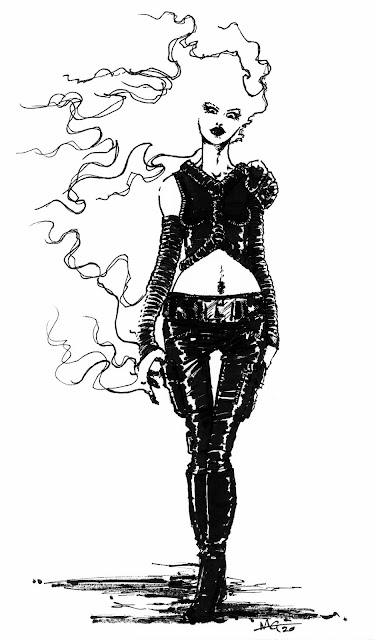 The Burster.
Fire-Starter meets Johnny Storm.
One of the more powerful psychics on Rifts Earth.
As unpredictable as wildfire.
If their blood boils, yours will too.