A Teaser Of Sorts... 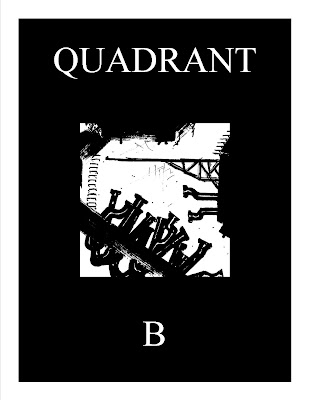 This is not the title or the cover.
...for what I'm working on.
Sat idle for a year.
Back at it with a vengeance.
Closing in on 80 pages.
It's a very unique thing.
And then there's this guy... 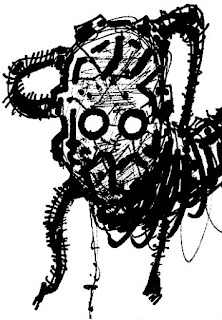 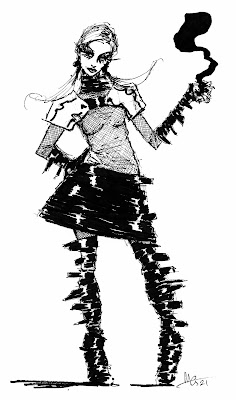 Opal. See stats below.
So there I was, experimenting with different ways to draw dungeons, when out of the blue, Marvel popped into my head, and stayed there (such is my brain.) I should redesign the character sheet, I thought...again. Make it more user friendly. Put the charts (Universal Table) directly onto the sheet. People don't really like charts any more. They can be very useful, but the Holy Grail of game design -- well, charts don't seem to belong.

But Marvel Super Heroes (FASERIP) is the greatest super-hero role-playing game ever made. Even though I played it to death, haven't touched it in years, having moved on to Heroes Unlimited or some variation there-of, including whole systems invented by yours truly (should post them here one day.) I now feel that no game captured comics like Marvel did.

Next thing you know, it's 3 A.M. and my sheet's been redesigned, with variations over the next couple of days. I guess the dungeons will have to wait a minute.

Marvel Super Heroes is such a solid game, they could republish it today with minimal tweaks. Our young minds didn't appreciate the finer details enough. We never used the defensive maneuvers (how cool is block? -- granted I would use it more proactively than rules-as-written) and we weren't all that creative with our powers -- some of which need to be fleshed out a bit more and given more practical use examples.

Another thing Marvel could've done better is character creation. As it stands, it's completely random -- which is a good thing, I love making sense of random rolls, but, there should be more archetypes available. Something like this: 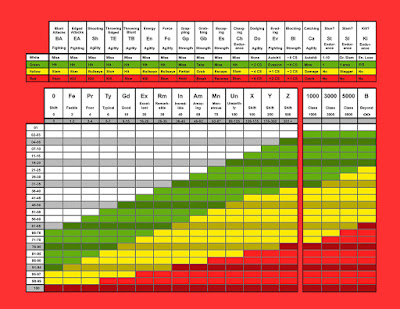 In order to make the result table fit, I combined the Blunt & Edge, Fighting & Agility results columns into one. This means you can now Slam with a throwing blunt attack. Which actually fits -- how many times have you seen Cap's thrown Shield or Thor's flying Hammer slam an opponent into the next area? How about a certain cinematic manhole cover? -- "Superman...!"

This was the first revision. The idea was to record the numbers you need to roll for each color feat, per ability... 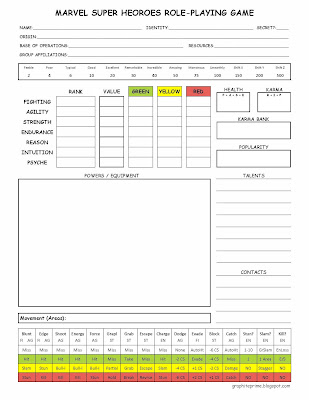 Then I decided to simply include a condensed version of the whole Universal Table showing the rolls needed for every rank...
Marvel FASERIP Revised B 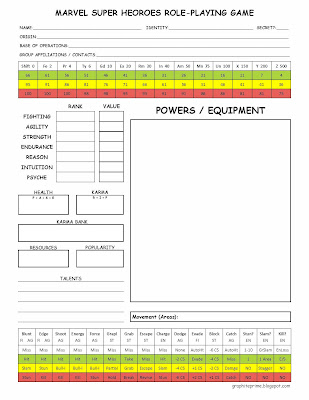 And then I added lines...
Marvel FASERIP Revised C 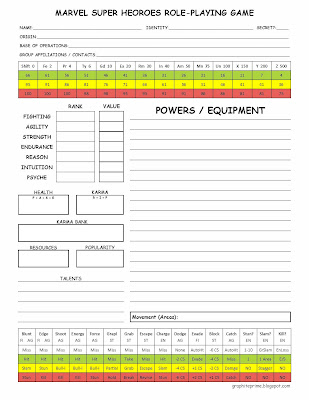 And here's a sample character named Opal, an entity from the Darkforce Dimension -- that's all we know, that's all we'll ever know, because mysterious is better, every time. For a randomly rolled character, she makes a lot of sense. She can't control the Darkforce like Cloak, but she can generate it, and that stunning option is enormously powerful -- stun your opponent for 1d10 rounds if they fail their endurance roll. Yikes! I would allow and endurance roll every round to snap out of it. Maybe I would change it to touch only (she reaches an ethereal Darkforce hand inside you and grasps your heart...!) She makes a good villain, dangerous, and if she starts to lose, Bamph! -- she's gone to the Darkforce Dimension --she has to roll for that, of course.

And Martial Arts D allows her to slam and stun opponents with body armor who take no actual damage from the attack (I would ignore the fact that you're supposed to study your target for 2 rounds first, hate that kind of crap.) Very useful considering she only has typical strength, i.e., if she ever finds herself unable to generate Darkforce blasts. This Talent is an example of something we almost certainly overlooked or forgot while playing. 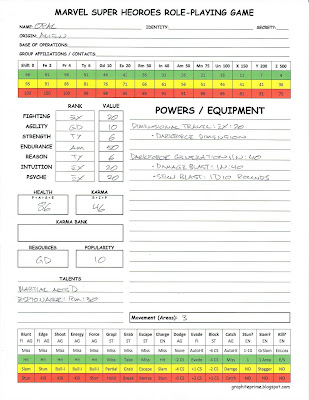 So play some Marvel, have a blast! And remember, when villains win, they usually leave the hero lying battered and unconscious in a dark alley or they capture them and leave them unattended in some sort of death trap. Playing one-on-one? -- introduce a new hero who has to rescue the first one (guest starring, the Marvelous _________!)

And keep track of the villains that you've captured, who are now locked up in a super-max facility. When in need of a random encounter, create a random breakout table. No need to explain how...