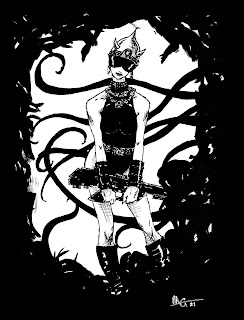 She will kill you!
The Blind Warrior Women of Altara. Slaves of the Splugorth of RIFTS Atlantis. The Altarains were enslaved 2,000 years ago. Psionic, fit warriors, three quarters of them have been thoroughly brainwashed into happily serving the Splugorth, the rest yearn for freedom. There are no males and they reproduce by cloning themselves every 12 years. My drawing above portrays them as flirtatious...they are not!...but then again, it's your game.
A couple of weeks ago, this arrived... 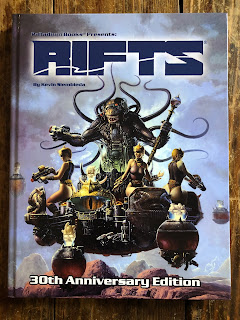 Keith Parkinson cover painting, one of the most iconic images in the history of Role-Playing.
This is the original game reprinted in hardcover with a bunch of extras including concept art and several pages depicting all the RIFTS covers ever published. This is raw RIFTS before the multitude of expansion books. The thing I love the most is all the Larry MacDougall art, which for whatever reason is completely absent from RIFTS Ultimate Edition. There are a few samples of his high contrast art below.
The black ink in this book POPS, I mean, the black is BLACK and crisp. 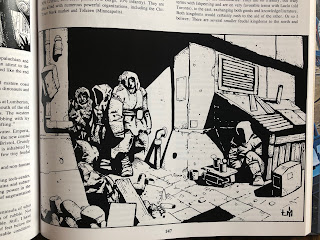 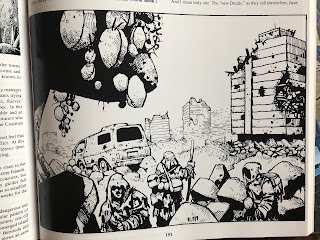 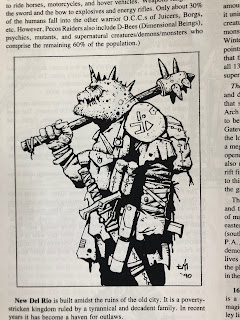 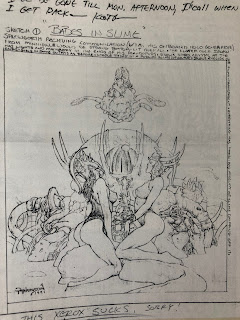 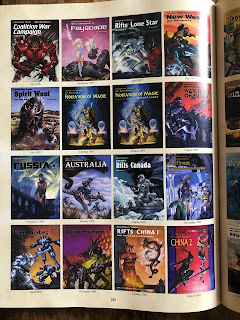 Makes you want to play doesn't it?
You can purchase a copy here: https://www.palladiumbooks.com/
Once again, I have absolutely zero affiliation with Palladium Books, just a fan.
at July 06, 2021 5 comments: