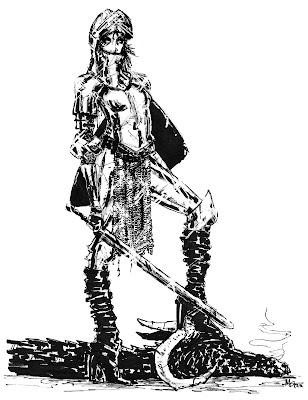 The classic trope of the lone knight against a dragon. Is it doable in D&D? I've never seen it happen. Seems like a suicide mission unless you're talking about a super, high level, overpowered character, but where's the fun in that?

Before writing this, I watched the dragon fight scene in the Disney classic, Sleeping Beauty (1959). It's really the only on-screen visual I could think of that matches this scenario.

Round One (assumes no surprise)

That was quick!
Lets go again with the following caveats: 1. The boots of traveling and leaping will allow the knight to take zero damage if the save vs dragon-breath is made and half damage if it fails. 2. The knight may also sacrifice a shield to avoid breath-weapon damage on a failed save or a killing melee blow.
Round One
Round Two
Round Three
Round Four
Thoughts...
I think the knight's chances of success in this scenario diminish further and further with every edition following B/X & AD&D due to the fact that dragons keep getting bigger and bigger, though I'm not about to put that to the test.
XP & Treasure
Enough for this knight to ascend to 8th level!

At times you crave something wild, something guttural, primal, unbalanced and unapologetic. Something with a bit more crunch and art that do... 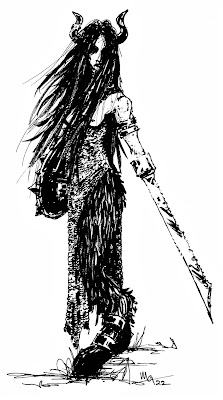